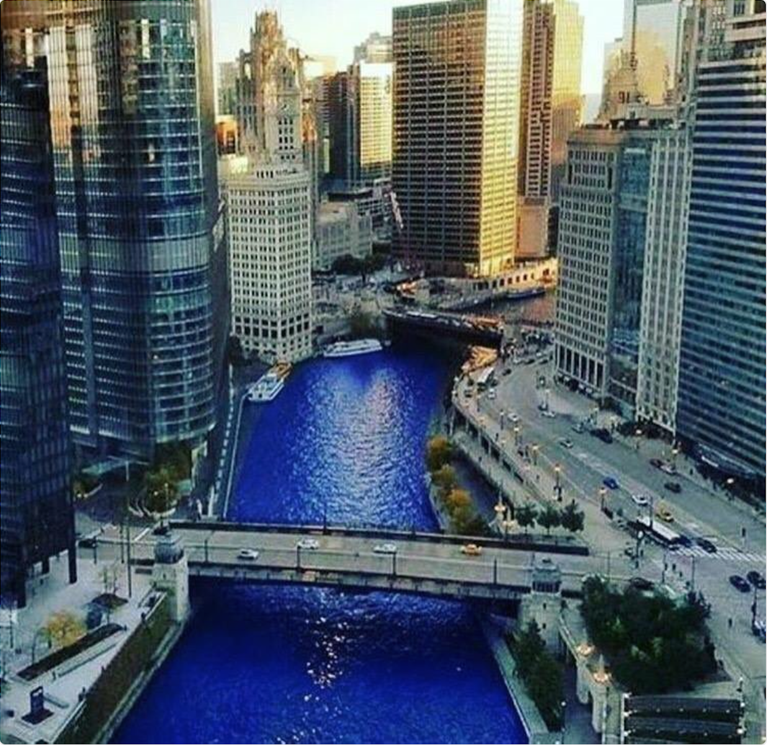 Dreams really do come true!  For the first time in over a century, the Chicago Cubs are World Champions!  I am so proud of my native town for producing such an awe-inspiring team.  And what a World Series!  I’ve never really been a baseball fan, but you have to admire a group of guys who just refused to give up, game after game, even when the ultimate prize was sliding away from them and they had to stop playing because of the rain.  Something tremendous happened in that locker room and on the field.  They had to decide how much they wanted to win.  They hadn’t come all this way down the line in history to give up now.  When the rain stopped and the game resumed, they were ready.  They came back and won the World Series.

That’s tenacity for you.  The Cubbies went from being the joke of baseball to the most celebrated team of all time.  Chicago was a literal sea of blue as fans turned out in record numbers to greet their champions.  Even the Chicago River was dyed Cubbie Blue–surely a first?!  It gladdened my heart to see the jubilation.  This is when I miss home and being part of all that is truly great about my country.  On the eve of an election that has been anything but elevating, the Cubs’ win has brought the heroic back into our national psyche.  When the chips are down, we don’t give up.  We fight on for what matters and we don’t let go.

It may rain in Chicago, but not like it rains here in Cambridge, England.  It just starts raining and it doesn’t stop, for days, for entire seasons including summer.  Everything goes grey and stays grey.  There’s a dampness to the atmosphere that chills you to the bone.  I tend to curl up indoors from November to March, not wanting to go out, much like my cold-averse cat.  I am a sunshine girl, after all.  Even in my Chicago days when the temperature was below freezing, if the sun was shining, I was out there, strapping on my ice skates.

Still, rain is rain.  I let it get me down wherever I am, instead of using my time “off the field” to recharge and focus on what matters.  What matters is not giving up–on dreams, on people, on the love of God.  It is all too easy to give up on these things when you think, “I’m not good enough,” or “It’s too late,” or “Nobody’s interested.”

One thing I have learned to stop saying is, “I’m not good enough.”  None of us are perfect.  We all fall short of the glory of God.  He is in the business of remaking us.  Our job is to let Him, to keep going out there and embracing life’s challenges.  Whatever our task is, it’s because we are good enough.

That’s how the Cubbies won.  They stopped thinking “We’re not good enough” and started by thinking, “We’re enough.”  They were remade into a team of possibilities, of players who weren’t just good enough at baseball, but players who were teachable, who knew how to hold on when the going got rough, who understood their weaknesses as well as strengths and how to bring it all together on the field.

Nobody thought they’d pull it off, but they did.  Nobody knows what’s going to happen after tomorrow’s election, either.  A lot more is at stake than a World Series.  There will be a lot of cheering going on, by the side for whomever wins, but it won’t be the same kind of victory as the Cubs winning the World Series.  The U.S. presidential election campaign of 2016 will go down as one of the most degrading and divisive political campaigns in American history.  It has brought out the worst in people, causing us to question what kind of a country we have become and what direction we’re headed in.  It should sober us all.

But the Cubs’ victory has showed us at our best and what we are still capable of.  I may be a California Sunshine Girl at heart, but I am also a Cubbie.  I plan to keep going out there, trying to remain teachable, and keeping my eye on the ball.  Whatever happens next, Chicago will always have their Cubbie blue skies in November.  The skies may be grey in Cambridge, but I am learning the art of persistence in a country far from home.