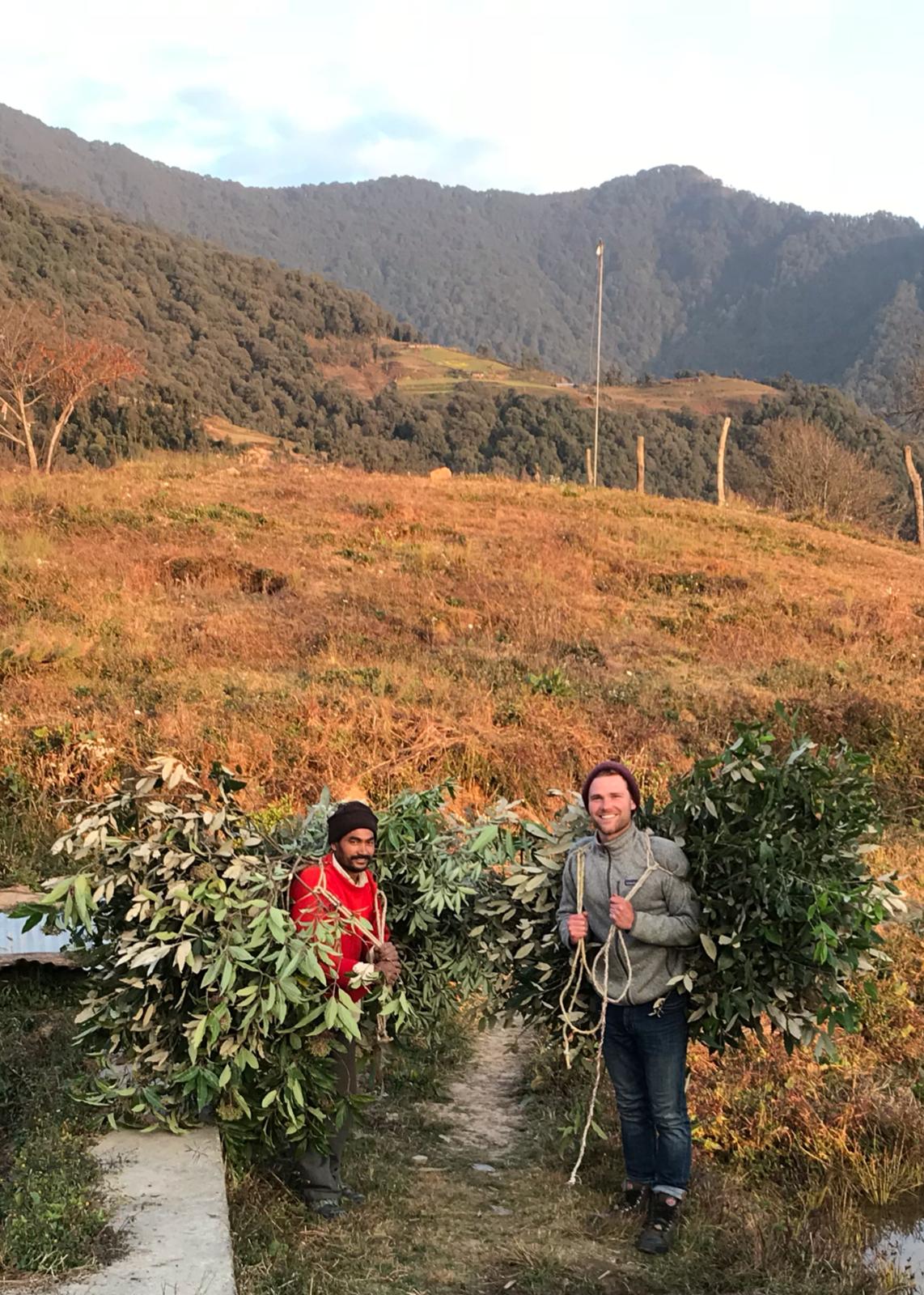 Earth Son has gone walkies again. This time he’s in India and I’ve decided to go find out what he’s been up to, like why is he dressing up as a bush. More recently, he was seen chatting to monks on the Tibetan border in a place so remote it could be a stand in as a backdrop to Star Wars. Few tourists find it, which is why Earth Son goes there. He doesn’t do the tourist thing.

So, I am off. I feel like I did thirty-three years ago when I went to Africa for the first time. I might as well have been on my way to the moon with the feeling I had of leaving the known world behind. I had a certainty my life would never be the same again. And it wasn’t.

That being said, I am not going trekking after Earth Son in the Himalayas. Or dressing myself up in the local foliage. But I am keen to find out what he’s been learning about people and cultures so different to his own and to see this adventure through his eyes. I expect his time working and travelling in India will have challenged him in new ways.  This Earth Son of mine loves his world, but he would never be content to just be an explorer for exploration sake. The main draw for him has always been the variety of people he meets on the way. He loves engaging with those who are different from him, learning their language, eating their food. There is a curiosity in him that has always been there. He learned to walk in boots because no baby-sized shoes would fit him. Earth Son was never the kid in the sandbox. He was the little boy in boots who kept running off into the bushes to see what the gardener was doing. (He’s still doing it!) And of course, to the amusement of all the other mothers in attendance at the sandbox, I went traipsing off into the bushes after him.

So, here I go again! Only the world beyond the sandbox has gotten a lot bigger! Where and what this will all lead to is still a big question. But I delight in this joy of discovery in my man-child in boots. Being able to share in that joy has been one of the highlights of my life.

If you have been lucky enough to see The Hunt for the Wilderpeople without having the slightest idea what you were in for (like me), then you will have some idea of what I mean by the joy of discovery. This is one of those films from New Zealand that cuts loose from all pretensions in increasingly zanier ways. Yes, there is even a scene where a man shows up dressed as a bush. The story focuses around a depressed, angry man who goes on the run into the wilderness with a delinquent adolescent. At first, they hate each other. But the bond they eventually discover by necessity and sheer dependence in order to survive is miraculously joyful. No man is an island, indeed. Or even a bush.

Then, there is First Man. Have you seen this Oscar-deserving turn from Ryan Gosling? That film took me to the moon and back, in more ways than one. I saw it in an IMAX theatre so got the full benefit of rocket launch including explosive sound and enough unrelenting vibration to make me close my eyes and grab hold of my armrests. The sensation was almost unbearable at times. But what was perhaps more unnerving was that those beautiful sad blue eyes of Ryan Gosling as Neil Armstrong never changed. Whether he was blasting off to the moon, crash landing on a test flight, or telling his two sons he might never see them again, his eyes never changed. They were unfathomable. He became the first man to walk on the moon, causing one of the greatest worldwide celebrations in all of history. Yet, if the eyes tell the story, it would be difficult to read anything like joy in them. I found that profoundly affecting. Most of us can only dream of such an achievement. But for some, the capacity for joy is the real achievement. Joy requires deep wells within our being that nurture us through anything life has to show us. Joy is what connects us to others; there is no detachment in joy. Joy is a lifegiver. Great things can be discovered and achieved without joy, but they usually leave behind a trail of painful and broken relationships.

So, how do you cultivate joy if going to the moon and back isn’t enough? At the end of First Man, we are left with the image of Neil Armstrong and his wife trying to touch each other through an impenetrable glass wall. He is in quarantine, but he might as well be back on the moon. There is no joy in their reunion.

Joy defies the glass wall. When we connect with others different from ourselves, look for new ways to grow our understanding of the world, and create beauty in places of pain, we smash the glass wall and deepen our wells. This is the true joy of discovery, I believe.

So, I am off on a search for Earth Son. He embodies joy for me. His wells are deep, even if unconventional. They tend to reside in far corners, close to mountain springs and people who live with goats and wear bushes on their backs. I am not as brave as he is, or even as curious. But he certainly teaches me a lot about smashing glass walls.

This could be epic. It could even be a new beginning.

Earth Son and Madre do India. Oh my word. Watch this space!

4 responses to “In Search of Earth Son– The Adventure Begins!”