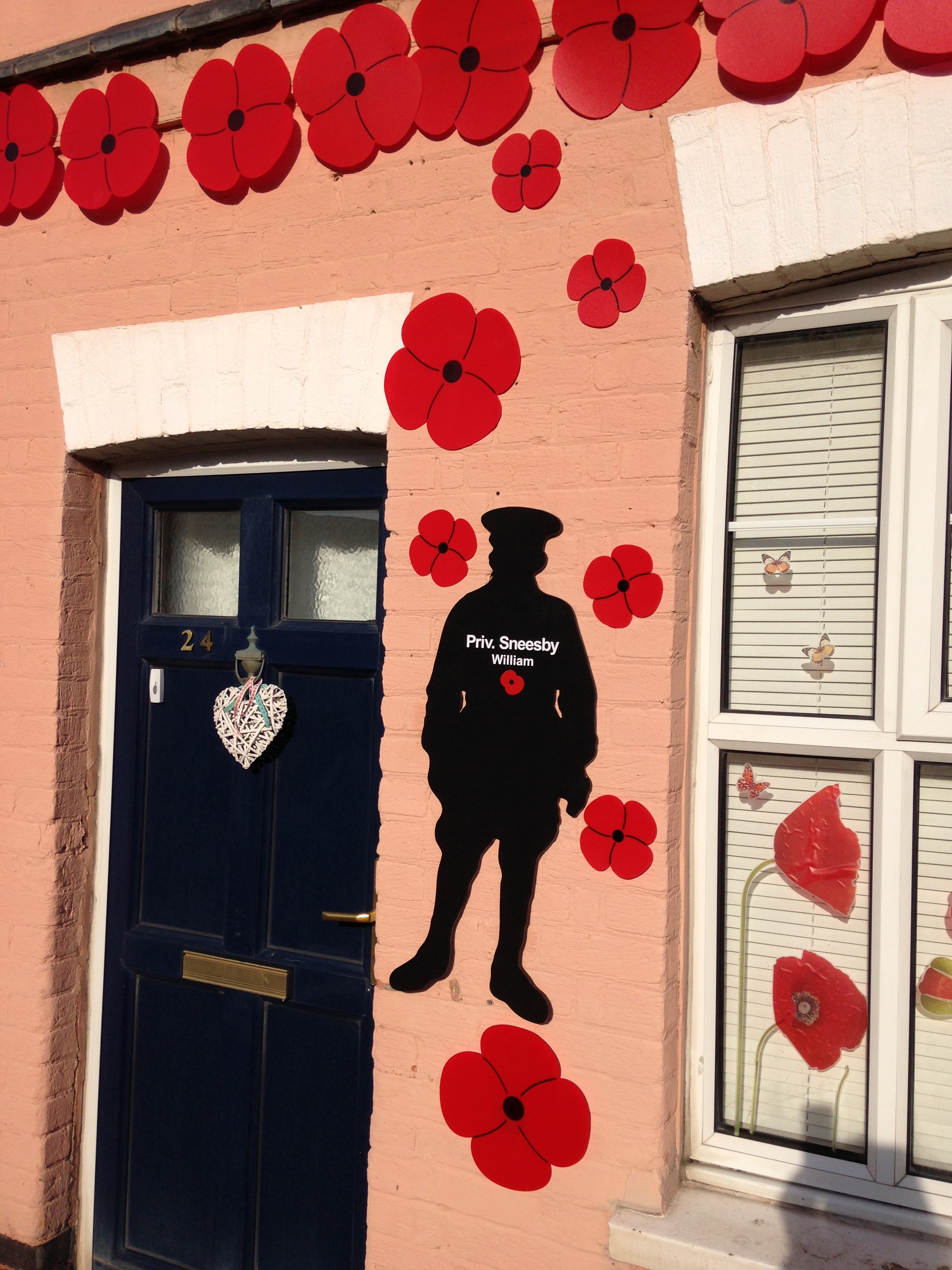 Today is Remembrance Day in Great Britain.  On the eleventh day of the eleventh month at the eleventh hour, 1918, World War I came to an end in Europe.  Eleven million were killed on the battlefields of that Great War in what was one of the bloodiest, most horrific wars of all time.  This day honors those who gave their lives in that war and every other war since then.  The symbol worn and displayed is a red poppy, the flower of “Flanders Fields” which was once saturated with English blood.  It is a day to reflect and remember what should never be forgotten, that the price paid for one’s life and freedom is often another’s life and freedom.  At 11:00 a.m., a minute’s silence is observed throughout the country.  One minute, one life.

The longer I live in England, which has now been twenty-one years, the more Remembrance Day means to me.  I have never lost a loved one in a war.  But anyone living in Great Britain for any length of time will inevitably be impressed with the enormous impact the two World Wars have on British society.  Every town and village has a memorial inscribed with the names of the local “boys” killed in World War I and II.  The list for WWI is always much longer, and most of them were just “boys,” straight out of school, dying by the thousands at 18 and 19 years of age.  That is my son’s age.  In the chapel of his old school at Uppingham, there are entire walls inscribed with the names of boys who left school between 1914-1918 and went immediately to a war they never returned from.  There are millions of these boys’ names inscribed all over Britain.

Today, I went to visit a village near Cambridge called Godmanchester.  A special remembrance of the 100th anniversary of the Battle of the Somme was happening there.  Fourteen soldiers from this one little village alone died in this battle.  Their names are displayed on silhouettes on the houses near or where they lived.  Cascades of red poppies adorn the door frames and windows.  They strangely bring to mind the blood on the doorposts of Israel that was supposed to safeguard against the angel of death striking down the firstborn sons of Egypt.

One of the fourteen villagers was an eldest son named William Sneesby.  He was 19 years old.  Probably nothing remarkable ever happened in his short life.  He worked on a farm before enlisting.  Then he got on a train and went to France along with millions of other young men who never came back.

At eleven o’clock, I went into St Mary’s church and listened to the chimes tolling the hour before the silence.  Then, I thanked God I did not have to watch my 19-year old son get on a train and go off to fight in a war beyond all imagining.  One minute, one precious life.

It is good to remember what wars have cost us and what they are costing still.  That’s what the poppies are for.  They have a way of changing your perspective.  The repercussions of this election week may have long lasting consequences, leaving us all in a state of uncertainty about the future.  But I am grateful for the importance of the past and the opportunity to pause and consider what it stands for.  It will not be forgotten nor the loss of so many young lives.  We will remember them.