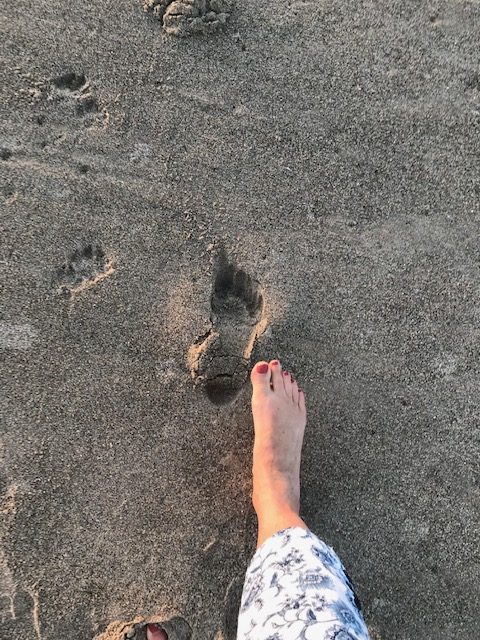 They were always my favourite. You were given a list of things to find, then were let loose to run all around the neighbourhood trying to hunt them down. Things on the list were either objects you might find on the ground or something you had to procure by knocking on strangers’ doors and asking if they had any blue rubber bands lying around or a one cent stamp. (Imagine doing that nowadays! Maybe it was just America in the 1960’s when people didn’t mind random little kids on their doorstep asking them to go look for raisin boxes or unwrapped band aids.)

It didn’t really matter what was on the list; the thrill of the hunt and the joy of discovery was key!

The less considered fact about scavenger hunts is that in being a “scavenger,” you’re generally searching for something that’s been lost or discarded by someone else. Something as mundane as a dropped hair tie becomes a treasure, an “Aha! Finders-keepers!” moment. 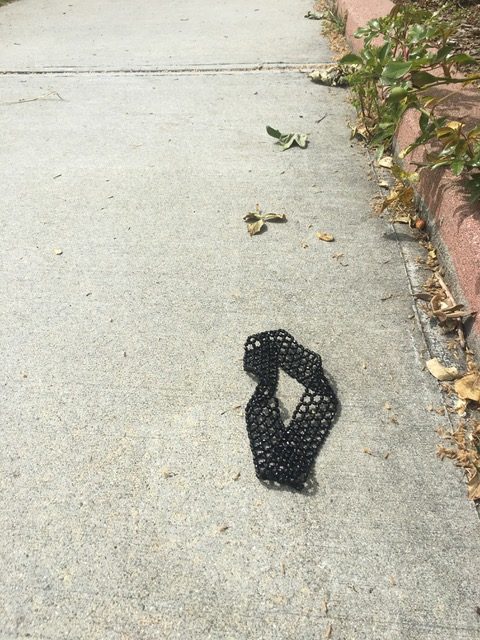 On the other hand, there are things we all lose and go on a frantic hunt to find, not as a game, but because they weren’t meant to be lost in the first place.

One of the casualties of wearing face masks, I’ve learned, is that earrings get tangled in them, and unless you’ve got them clamped securely to your ears, sooner or later you’re going to end up with a missing earring. On my recent trip to California, I went out to lunch with Lyndall then moseyed down the street afterwards, wandering in and out of shops, taking my mask off and putting it back on numerous times. In one shop, I had fun trying on hats. Another shop or two later, I realised one of my earrings was gone! It was a dangly shell and spotted bead concoction, not valuable but distinctive. I wouldn’t be able to replace it.

Full of chagrin, Lyndall and I retraced our steps. Back to the restaurant, in and out of the shops, eyes glued to the floors, checking out the hats. No dangly shell earring. Despondent, I figured it was gone. What were the chances we’d find it?

Then, we went over to a plaque we’d stopped to read in front of an historic old hotel. Suddenly, Lyndall bent over and picked something off the sidewalk.

“I found it!” she cried, holding out my dangly shell and spotted bead earring, unharmed and completely intact. 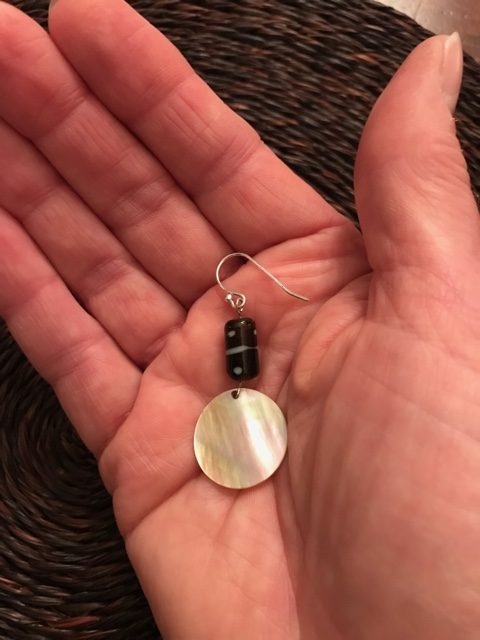 The two of us jumped up and down like we’d discovered the missing Crown Jewels. We hadn’t believed it was possible!

There is so much we’ve lost this past year, isn’t there, much more than dangly earrings. How do we go about just getting our energy and drive back when we’ve been shut down and isolated for such a long period of time? How do we rediscover joy?

Like the hunt for all missing things, I think the place to start is by retracing our steps. This became especially apparent to me as I sat with my ninety-year old mother in her nursing home. After a year of separation from family and friends, she doesn’t know who I am anymore.

The recognition is gone from her eyes, but the way she says, “Oh, go on!” makes me laugh. It’s as if we’ve gone back in time for a moment and are just sharing a joke the way we used to. I’ve lost my mother during this past year of social distancing and glass barriers. That won’t change. But now that the glass is taken away, my first step is to hug her, to retrace my steps across the distance of her mind and rediscover the laughter and joy that still exists in connecting with my mother’s voice and diminished body.

Retracing your steps can also lead to unexpected treasures in the way you might see things differently than before. Now is a good time to re-evaluate priorities, and possibly dreams for the future. What we thought we were searching for pre-Covid may turn out to no longer matter as much. A lot of us seem to value the slower pace, the ability to focus on fewer demands.

If you want to know how to retrace your steps over familiar ground, have a look at Debbie Foulkes’ Instagram page, Sidewalk Wisdom–Lessons Learned from Looking Down: http://Instagram.com/sidewalk_wisdom   Debbie regularly retraces her steps around her neighbourhood and looks at what’s right in front of her feet. How easy it is to miss the beauty and wisdom of everyday objects and what they might have to say to you. One day someone left a painted pebble in her path:

Look around; you may be surprised where you’ll find joy. “…Find out where joy resides, and give it a voice far beyond singing. For to miss the joy is to miss all.” -Robert Louis Stevenson

Joy is not just about stopping to smell the roses (although I love smelling roses). It’s finding in the lost and discarded and unimpressive something of value.

Jesus did that with people. He went on the road and noticed beggars and lepers and gave them significance. He loved to tell stories about lost coins and lost sheep and the people who searched for them until they were found. (Luke 15:1-10)

Can you relate to the woman who lost one of her ten precious silver coins? That coin was more than money; it was a piece of herself. She wore it across her forehead as a woman wears a wedding ring on her third left hand finger. I can see her more clearly now, retracing her steps, her eyes as well as her broom sweeping every corner of her house, not willing to give up her search until she’s found what she lost. The last part of her story is the best. She calls all her friends together to celebrate with her.

Retracing our steps is meant to take us back not just to the source of joy but also to connection with others.

What have you lost this past year? How can you retrace your steps?

Here are a few steps worth taking:

I’ve already bagged one: Today I watched a flock of skylarks erupt from the tall grass near my house, swoop around in a low-flying arc, then drop back into the grass like falling ashes. Whatever were they doing? I don’t know. But on a cold day in June, their flight on an everyday walk awoke joy in me.

What in the everyday is reconnecting you to joy? I’d love to hear what you’ve found.

4 responses to “Retracing Your Steps–How to Rediscover Joy”