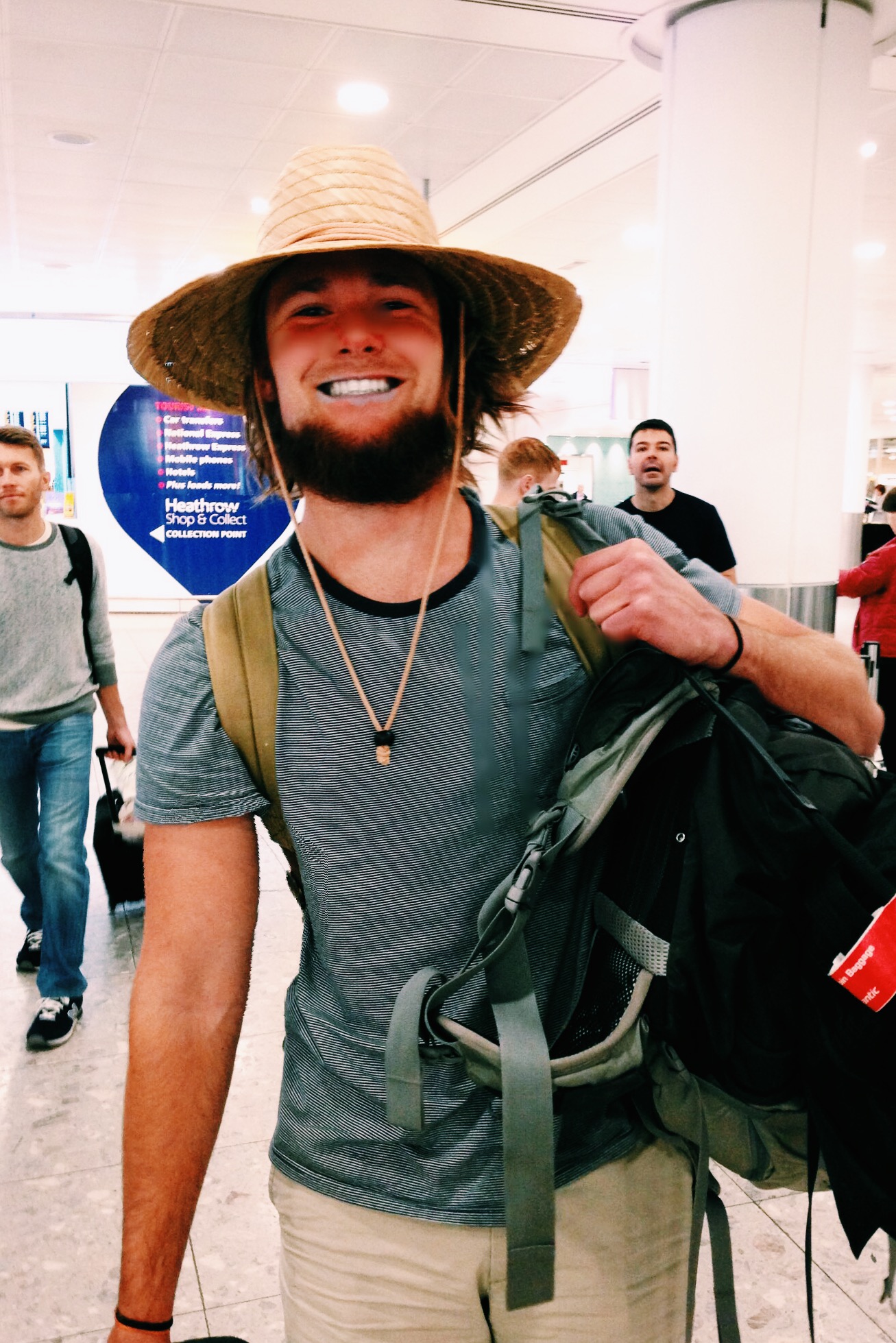 What joy! My firstborn has returned home alive! That’s always the main thing, isn’t it? Every time he comes through that exit door, it’s as if he’s emerging once again from the womb of space and time into the realm of living reality. My first words are always, “You made it!”

This time he’s been truly far away, four months in Kaikoura, New Zealand, studying the Creation and the role our Creator has given us to guard and sustain it. He worked on a sheep farm, swam with dolphins, and learned how to introduce himself in the Maori language. Their names are long, beginning with the mountain they live under and going on to describe the natural part of the world they belong to before they ever get to their actual name. Hence, Earth Son (I condensed it).

He grew his hair and beard long and lived with twenty other college students in a former convent. Because he describes it best, I asked him to be my “guest blogger.”  The following excerpts are from his letters home:

“The life we lead here at the Convent is so peaceful. We live in one of the oldest buildings in New Zealand. It’s damp, creaky, and uninsulated, but it’s beautiful and it’s home. The nuns that once lived here as missionaries left us a peach tree, a nectarine tree, a plum tree, and a pear tree, and CCSP (Creation Care Study Program) have added a vegetable and herb garden, a chicken coop (chickens are called ‘chooks’ in NZ), a black cat, and two llamas named Rocky and Carlos.  I take them for walks a lot!  We live right at the foot of a beautiful mountain range, and the beach is just down the street. You could say it’s a lot like Santa Barbara, but the rhythm of our lives here is so different. We live much more communally.” 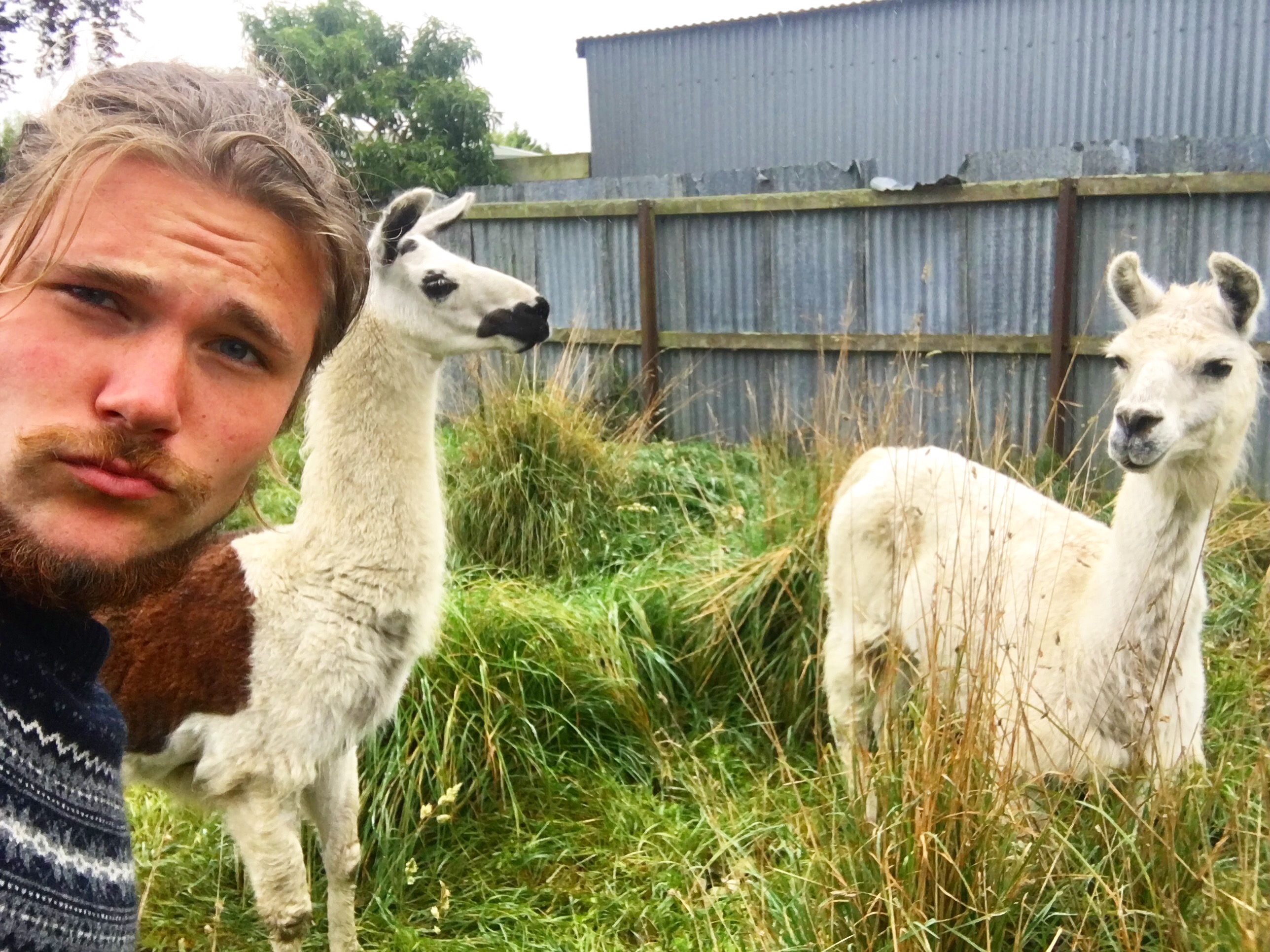 Living so close to nature provides close-up encounters of many kinds:

“I went out kayaking with the program director Courtnay, we were a few miles off from the mainland, and out of nowhere, a huge pod of dolphins came swimming alongside of us!  Quite literally out of the blue.  I jumped in and circled around with them for a while.  You had to make lots of noise to keep them interested, which wasn’t difficult considering how excited we were!” 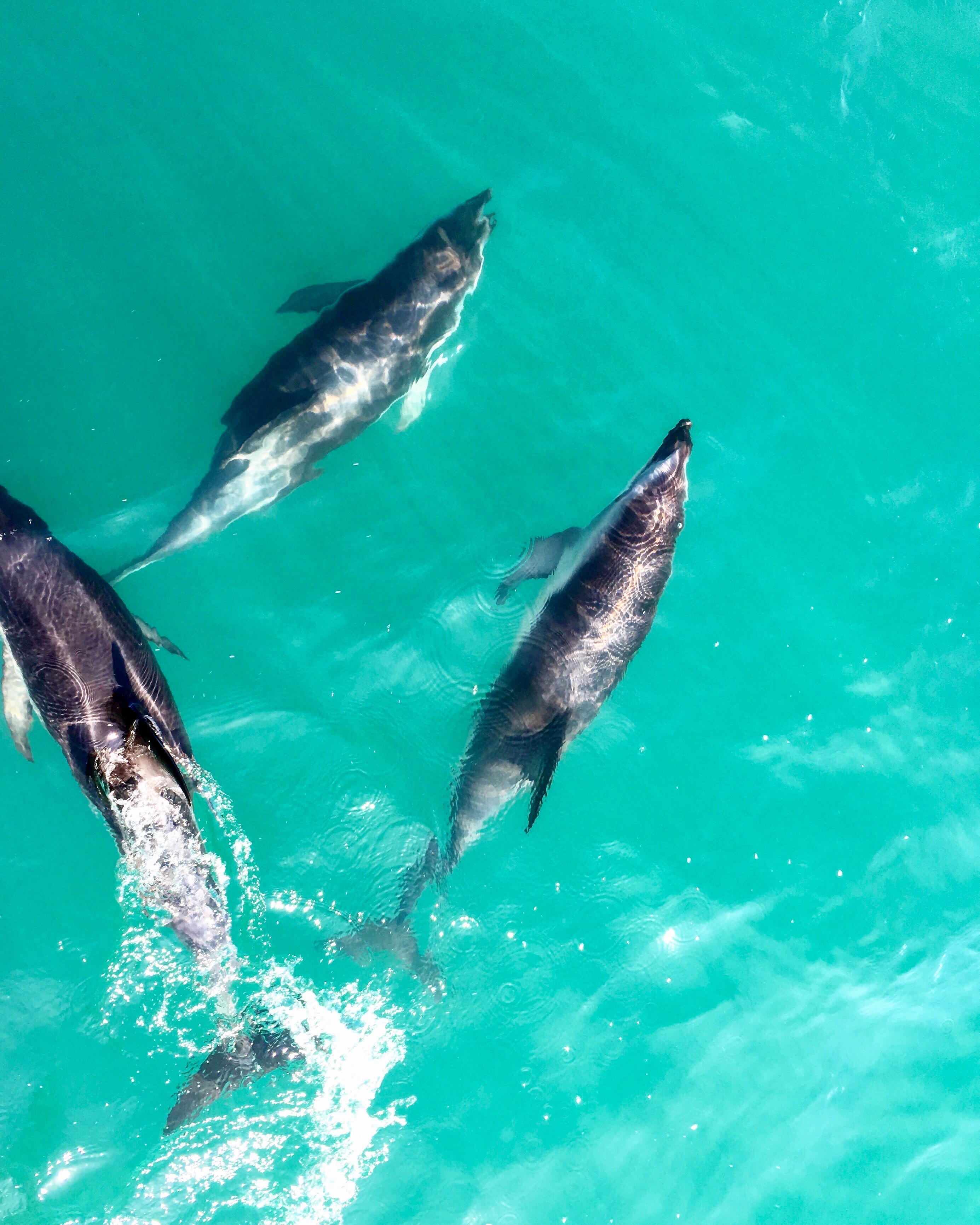 Then, there are the interesting locals:

“During the trip we also went to a Catholic Workers’ Farm … a community of families living in beautiful, simple houses that they had built themselves out in the farmland surrounding Wellington … The patriarch of this community was a real Kiwi man named Adrian. A combination of Gandalf and Father Christmas, he had a huge beard and an even bigger belly, but he was one of the wisest and most inspirational people I’ve ever met! He was involved in a lawsuit with the NZ government because he and some friends somehow snuck into a US spy base and disabled a satellite that was relaying information to US aiding them to continue killing thousands of civilians in Iraq during the Iraq invasion … He and his friends owed the government millions, but the judge miraculously dropped all charges. Their motives were spurred by the passage in Isaiah where it says that swords will become ploughshares. “

Hmm, not sure what Earth Son meant about “most inspirational”!  His encounter with another community was significant:

“We also visited Ngatiawa River Monastery which was a really transformational experience for me.  It’s a small collection of houses, kitchens and gardens nestled in a stunning mountain valley.  There is a permanent community who practice a kind of New Monasticism–not celibate friars with shaved heads scurrying about the cloister–they’re families that live in close community with each other, and they provide anyone who visits a place to stay. They have a lot of homeless and mentally disabled people living there who they disciple and care for. The most striking thing for me was their practice of daily prayers.  They have a beautiful prayer house where everyone gathers three times a day–morning, noon, evening–and they have developed their own modern liturgy for each day of prayers and songs. I felt so incredibly fresh after only three days there, and it has made me want to adopt a lot of their practices. They have an incredible rhythm about their lives, and I’ve made my word to focus on this year just that–rhythm. I want to cultivate a better sense of living and walking with God by establishing better rhythms in my life, especially rhythms of prayer.  And it’s wonderful that living at the Convent encourages that better sense of rhythm.”

Rhythm. How difficult it is to get that right. We all have a daily rhythm, but is it erratic and exhausting rather than measured and focused? What drives us? Where in the day do we stop long enough to take in beauty and praise the Creator God who gave it to us? Or listen rather than speak? Pray rather than worry? The rhythm of Being Still in an ever faster world is worth pursuing before we forget entirely how to pause and wonder.

Earth Son moves on, like the Sun he orbits around. I shall miss him again so much. Until this aching, wondrous, seeking rhythm of life brings him home next time. 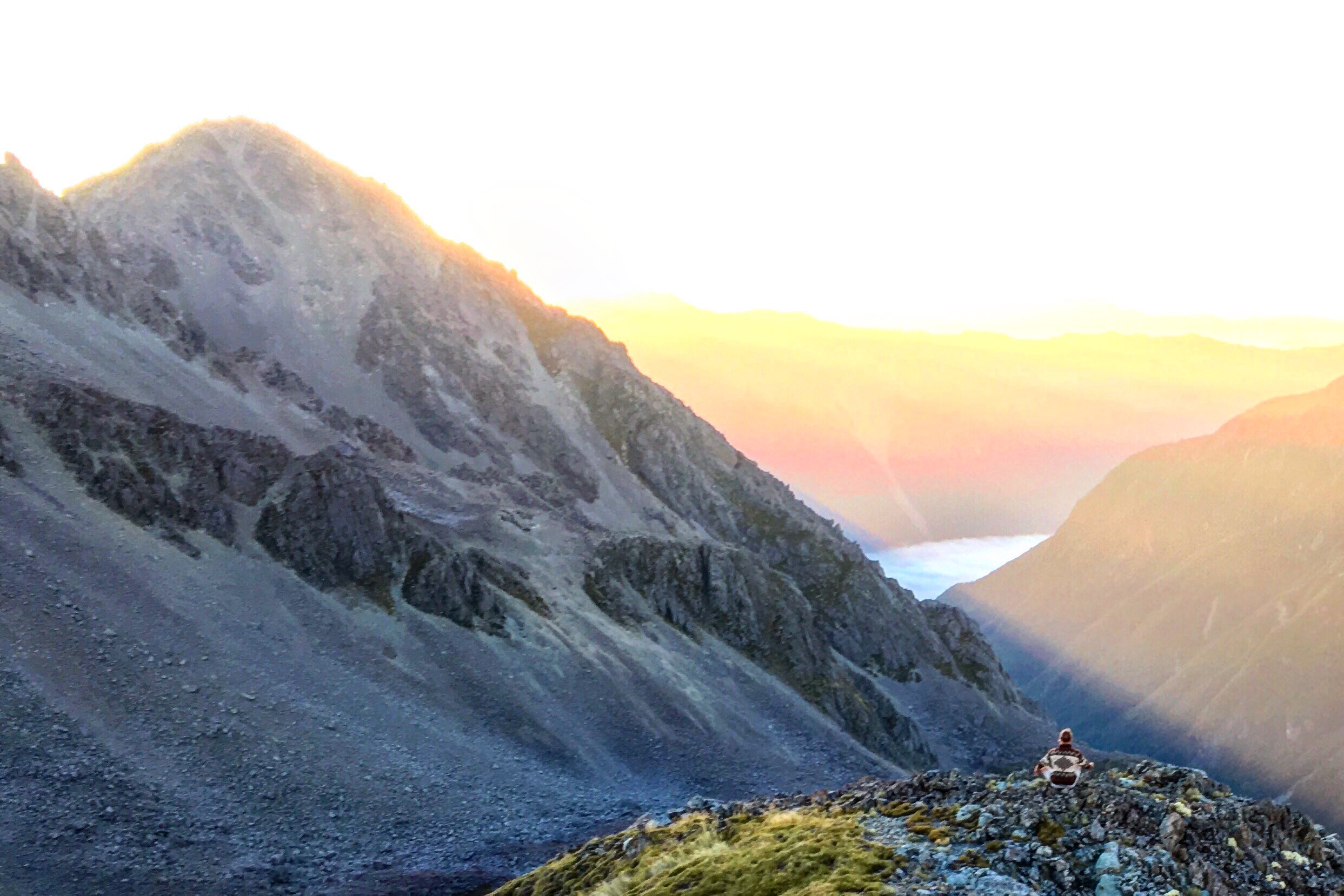