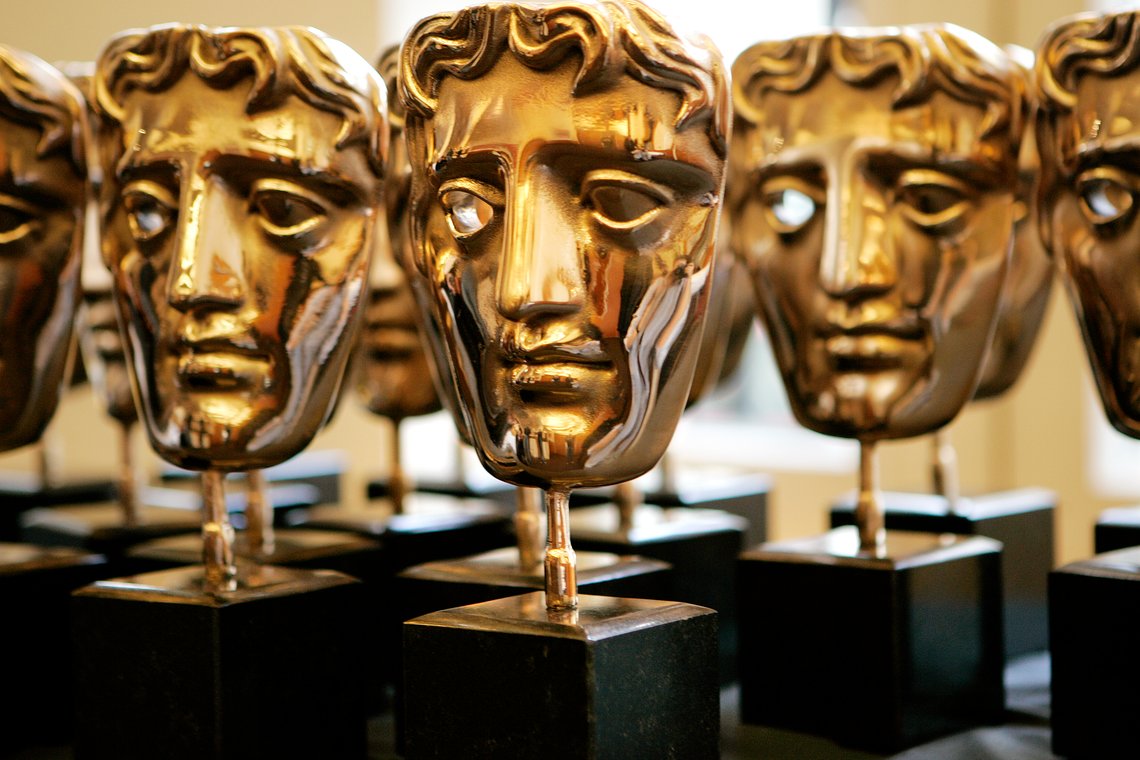 Seen any good movies lately?  If you’re a cinephile like I am, there are a lot of reasons to love cinema now that it’s awards season and the English weather has been sensationally awful!  The red carpet rolls out for Oscar in Hollywood on Sunday, the 4th March.  But will he agree with his counterpart, the face of BAFTA?

The BAFTAS are the British Film Awards, usually held in London a few weeks prior to Hollywood’s Academy Awards night.  In recent years the BAFTAS have become increasingly more significant as pre-indicators of Oscar gold, probably because American and British film making are becoming more and more intertwined.  So, if BAFTA has anything to say about it, the leading contender for this year’s Big Win at the Oscars is Three Billboards Outside Ebbing, Missouri, a thoroughly American film written and directed by Martin McDonagh who is Irish.  The film scooped all my favorites, including Best Picture,  Best Original Screenplay, Best Actress, and Best Supporting Actor.

This year’s film nominations are very different to last year’s.  There are no dazzling blockbuster moneymakers in the 2018 line-up.  True, the romance between a mute and an amphibian sea creature in The Shape of Water  just doesn’t transport me to the stars like LaLaLand.  But there are still some very worthy films that while unfortunately aren’t making it big at the box office, definitely speak to current issues and none more so than Three Billboards Outside Ebbing, Missouri.

When Frances McDormand came up to the London stage to receive her BAFTA for Best Actress in Three Billboards, she was wearing a rather strange dress with a red lips and lipstick print.  Everyone in the audience that night was wearing black as a symbol of solidarity with the “Me Too” movement against sexual harassment in Hollywood.   McDormand gestured towards her outfit and said, “I have trouble with compliance.”  Which is exactly the kind of person Mildred Hayes is, whom McDormand plays so brilliantly in the film.

You could say non-compliance is a strong theme that runs throughout all this year’s nominated performances, from Churchill’s refusal to do a deal with Hitler in Darkest Hour, to news publisher Katharine Graham refusing to comply with a president’s efforts to suppress the truth in The Post, to a problematic ice skating champion refusing to fit the mold in I, Tonya.  What could reflect the “Me Too” movement more than films about characters standing up to systems they feel have failed them.

There is nothing compliant about Three Billboards Outside Ebbing, Missouri.  For one thing, it defies categorization so that one moment the audience is gasping with horror and disbelief and the next laughing out loud.  What is this film about?  On the surface, it appears to be a story about a woman who is determined to find out who raped and murdered her daughter.  Frustrated that the police have not brought in any suspects and have seemingly lost interest in the case, Mildred vents her anger by advertising their incompetence on three giant red billboards lined up on the road outside town.  In turn, they shout at all who pass by with the words:

But the film is not a standard thriller in which a mother goes in search of her daughter’s killer.  It’s a film about what happens when a woman’s expectations of community support and compassion are seriously jeopardised by bigotry and hatred.  The results are both comic as well as tragic because human beings trying to make themselves understood in a dysfunctional society are as deeply ironic as they are pathetic.

There’s a lot of anger going on in the film industry at present.  Women are fed up with being forced into a Code of Silence in order to keep their careers on track.  The “Me Too” movement has become a way of billboarding their anger.  Three billboards outside Hollywood could read:

As outrageous as Mildred Hayes’ actions are in Three Billboards, they are not hard to believe.  The violent American is nothing new but rather a well established stereotype.  Writer and director Martin McDonagh taps into the American writer Flannery O’Connor’s Catholic way of writing about a fallen world desperately in need of grace through characters whose disfigurements, both physical and spiritual, carry them towards shocking and often violent encounters.  McDonagh even introduces the billboard agent intently reading O’Connor’s classic  A Good Man is Hard to Find as a signal of what to expect from this particular story.   The three billboards that reflect Mildred Hayes’ rage take their cue from Flannery O’Connor’s own words, “to the hard of hearing you shout, and for the almost blind you draw large and startling figures.”

So, what does it take to catch a compliant, complacent world’s attention?  School shootings have become so commonplace now, it would seem the only solution is to arm the teachers??  What if the schoolteacher goes nuts?  Like Mildred Hayes when she starts firebombing the police station?  Thank goodness she doesn’t have a gun!

One of the best scenes in the film follows Mildred’s fiery meltdown outside the police station.  She thinks no one is in there, but while the flames gather momentum in the background,  sitting totally oblivious to the danger is Dixon, the disgraced deputy reading with great emotion his chief’s final letter to him telling him he can only become the good man he’s capable of being if he learns to replace his anger with love.  Of course, he’s not going to become anything at all if he doesn’t get out of the burning building.  Instinctively, we want to shout, “Get out, you idiot!  Are you deaf?  Are you blind?”

Yes, the hard of hearing do need to be shouted at.  Unless, of course, their hearing is gone altogether.  In which case, they need rescuing.  Dixon and Mildred both need rescuing from themselves.  We watch in horror as Dixon also goes berserk and throws the billboard agent out the window.  When Dixon survives the fire and ends up in the same hospital room as the traumatised agent, there is perhaps the most singular act of grace in the entire film when the billboard agent reaches out to his attacker to try to give him a drink.

It is such acts of grace that ultimately lead to redemption.  Whether Dixon and Mildred actually find redemption is unclear.  But there is a slight hint they may be on the right path when they begin to acknowledge their own complicit guilt instead of blaming everyone else.    I can’t help but wonder what Flannery O’Connor would have thought, for although Dixon and Mildred inhabit a similar world to the one she created in her fiction, the resolution of absolution and redemption is largely missing.   Mildred Hayes is a woman who longs to be free but doesn’t quite get there.   Perhaps that is as far as the writer of Three Billboards Outside Ebbing, Missouri was able to take her.  There are many, many people like her.  Redemption requires something greater than ourselves.  I wonder how many “Me Too” supporters will be able to take such a journey?  If more films like Three Billboards Outside Ebbing, Missouri lead to such questions, then awards from the Academies are well deserved indeed.

2 responses to “Three Billboards and a BAFTA”