I have dreamed a lot of dreams in my life. I’m sure you have, too. Some dreams come true; some take time; some dreams are never meant to be; some change into other, better dreams.

But all dreams are important.

From the age of four to twenty-four, I dreamed of becoming a movie star. First, I wanted to be Shirley Temple, then moved on to Hayley Mills (that English accent!) I then dreamed of becoming Julie Andrews, even though my music teacher informed me I couldn’t sing. Finally, I dreamed of being Grace Kelly who after winning her Oscar left Hollywood and married a prince.

Well, I never became any of those people and gave up on the movie star dream to dream other dreams instead.

The thing is, dreams always remain a part of you. Sometimes they resurface in unexpected ways.

My shy little girl we thought showed an inclination towards all things zoological astounded us when she took to the stage with great gusto as the ditsy Mrs Beauregarde in her third grade production of Charlie and the Chocolate Factory. There was no looking back after that.

Now, my daughter dreamed of making movies! How seriously do we take our children’s dreams when our own don’t work out? “Lyndall, you know, you’re really good at biology…”

Then, along came Nomad.

As a theatre arts major, Lyndall decided to make a film for her senior project. She enrolled in the L.A. Film Studies Program in Hollywood. She wrote a script. She put together a production crew.

The story of Nomad is based on her year working with a homeless outreach program in Santa Barbara. She got to know a few homeless women and became especially interested in the particular needs and dangers women face living on the streets. Young women are easy targets for predatory men, and having to deal with hygienic issues on a monthly basis is an unwelcome economic challenge. Older women have often been victims of abuse and struggle with both mental and physical decline.

At some stage, these women have also had dreams. In a nightmare world, it is sometimes possible to dream of hope.

That is the story of Nomad. Two homeless women, one young, one old, reaching out to each other’s dreams. 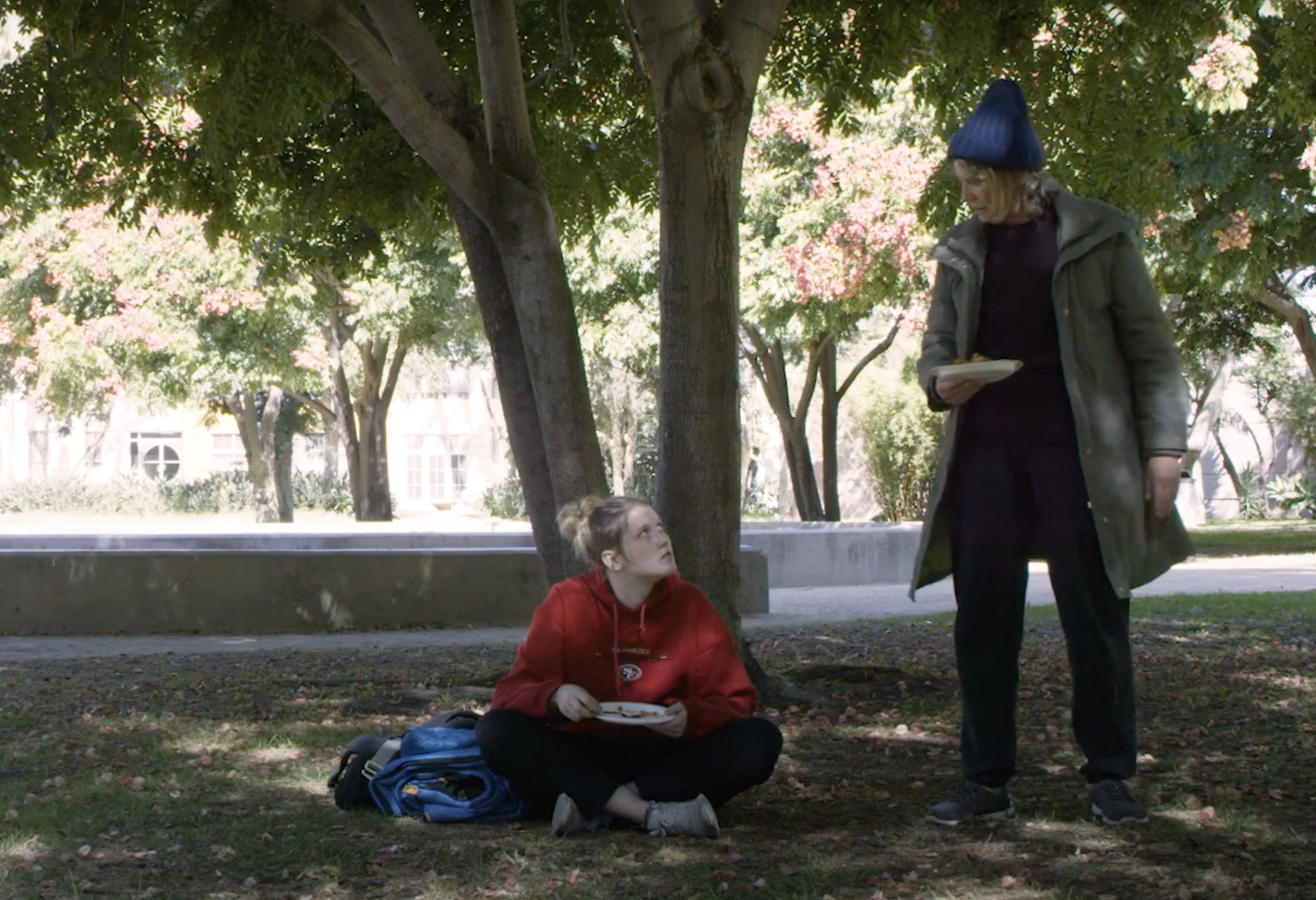 When Lyndall asked me to play alongside her as the older woman Mags, I laughed out loud. She hadn’t found anyone to play Mags, and suddenly, it was so obvious. I was going to be in L.A. at the time she’d scheduled her film shoot, so it was meant to be!

And we did! On a bright, sunny day last October in Los Angeles, we shot all our scenes together in one fifteen-hour day. For fifteen hours, I inhabited the character of Mags–M-A-G-S, Mother of Angels and Saints in Glory–a woman whose only dream was to be a mother to the daughter who was taken from her. A woman doesn’t have to be homeless to know the pain of that broken dream.

A few months down the road, we have all suddenly found ourselves in a world full of broken dreams. The pursuit of peace and happiness feels more elusive than ever. When dreams die, the human spirit suffers.

When I created my character Mags, I thought about her dreams and hopes. There are old people who only want to pass on their bitterness for life’s dreams failing them, and then there are those who want to applaud the dreams of others even when their own have ended in disappointment and regret.

Nomad is a film about those who live on the edge of despair. But it’s also a film about choices people make when standing on that edge. Perhaps the strength of dreams has something to do with those choices.

So, I got to be in a movie! I didn’t get to be Julie Andrews or Grace Kelly. I played a greasy-haired old woman with a heart condition who lives in a trailer and smells bad. Hardly a “dream come true!”

But coming back into the arena of dream-making with my daughter, I found reaffirmation in the power of storytelling through film. I also saw the humanity of those who are often invisible to me. I learned that more than ever, dreams are important. They are a force that can keep us going through the dark times.

Are you burying a long, forgotten dream? Maybe now is a good time to rethink it. Or perhaps you can play a part in encouraging someone else’s dream? In doing so, you may find yourself taking flight. 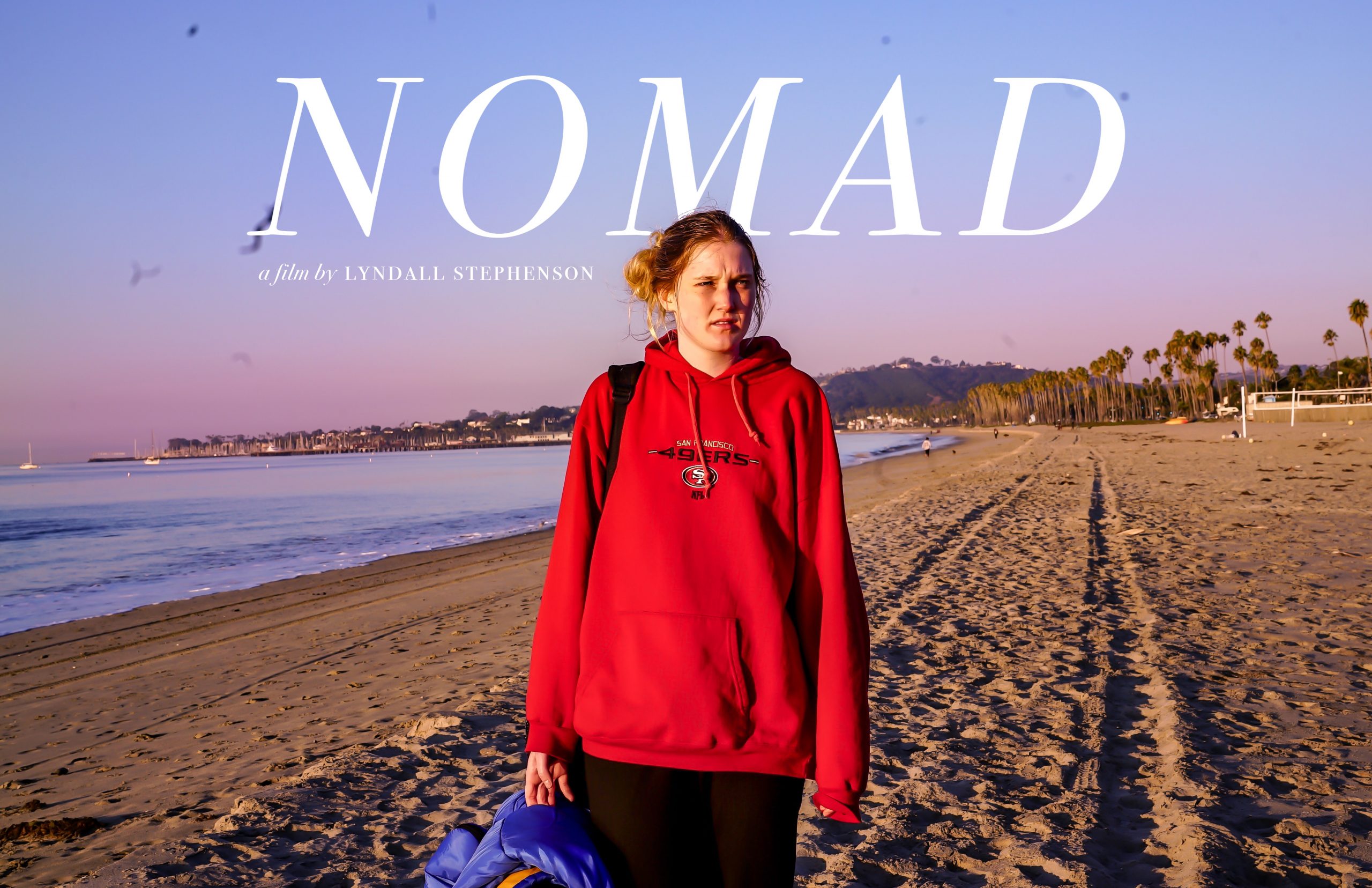 Although Lyndall’s dream premiere of Nomad had to be cancelled due to COVID-19, her film was entered in the college online showcase of the Santa Barbara International Film Festival and won the Jury Prize.

You can view it on sbiff.org/Nomad